Happy Holidays!  Here is what Christmas is like aboard Fiona.

I have spent several Christmas’ aboard the boat.   My first was sailing back from Tahiti to Long Island in 1991/92 after Edith passed away.  For crew I had two young men, Chris and Pete, both in their early twenties.  On Christmas Day we were in the South Pacific about 2,200 sea miles west of Cape Horn.  We spliced the mainbrace early and after lunch both the crew conked out, drunk.   Fortunately, Victor the Vane was unaffected.  We rounded Cape Horn on the 9th January, 1992.  A comment I made on a video is that the refrigerator was warmer than the cabin temperature.  We tied at the most southerly Chilean naval base, Pto Toro, in the evening of the 9th, they were not too happy to see us, it is not a port of entry.  But they were hospitable, a family invited to their house.   We left the next day for Pto Williams, which is an entry port, and tied up at the yacht club, which is a grounded, abandoned ship. 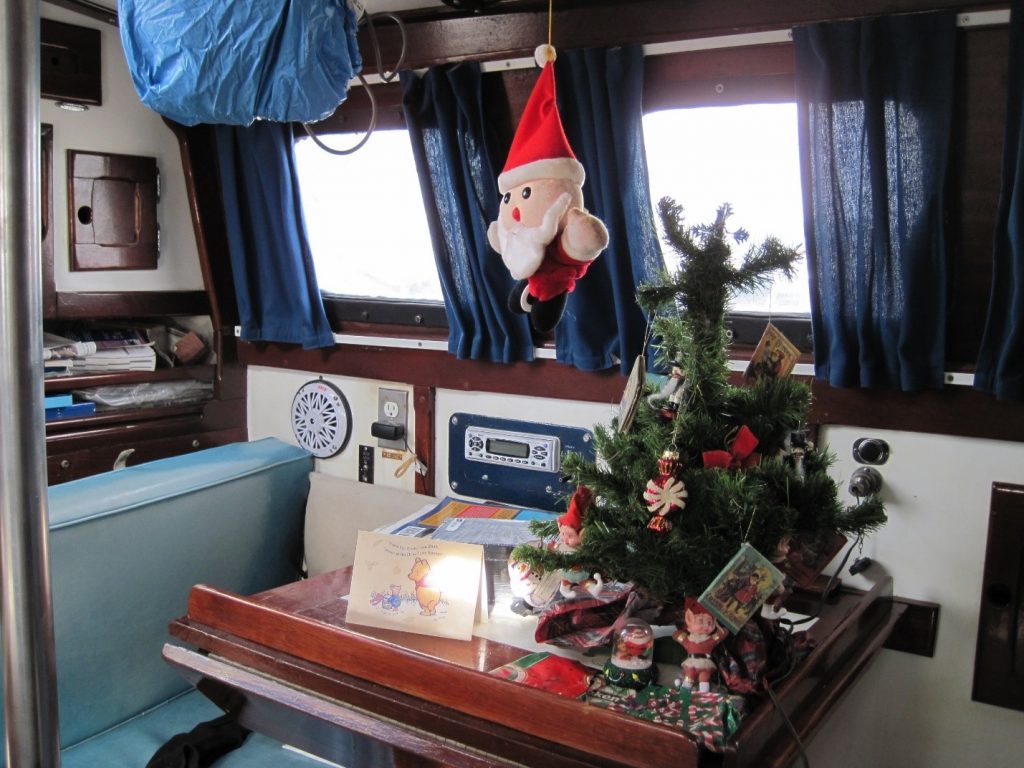