Map of the Route

Newsletters and Photos from the Trip 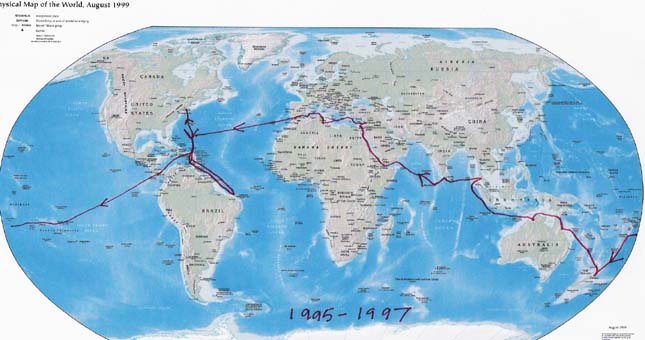 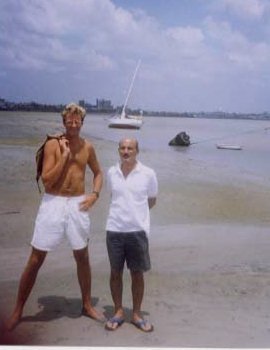 Walter with Sami Wassouf at Sao Luis, Brazil. FIONA is high and dry at low tide 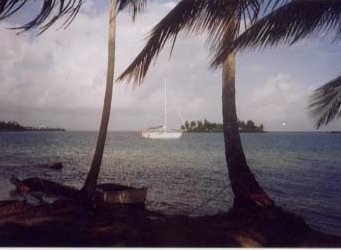 FIONA at anchor in the beautiful San Blas Islands 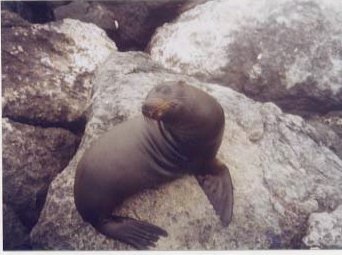 A sea lion poses in the Galapagos Islands 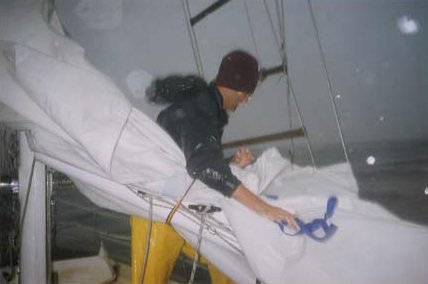 Walter toils to get the mainsail under control after the boom broke in the Tasman Sea. 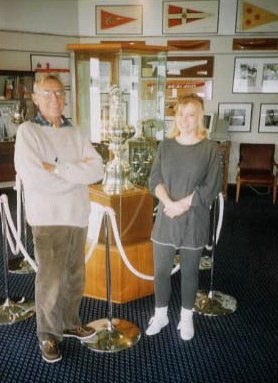 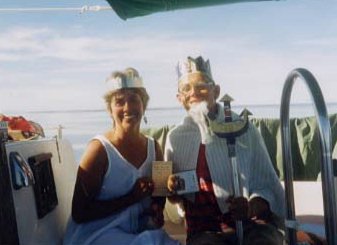 Ginny is inducted as a Daughter of Neptune, crossing the equator west of Sumatra 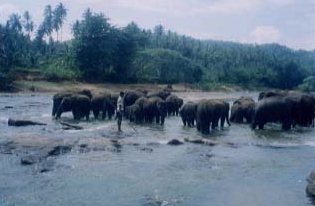 Elephants in the river, Sri Lanka 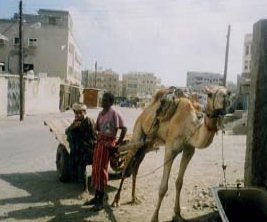 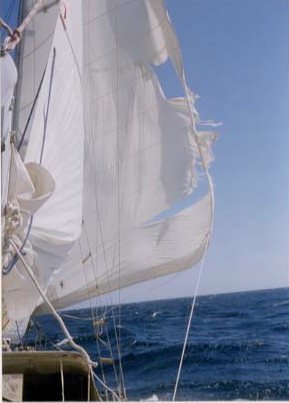 The old Genoa jib blew out in the Red Sea 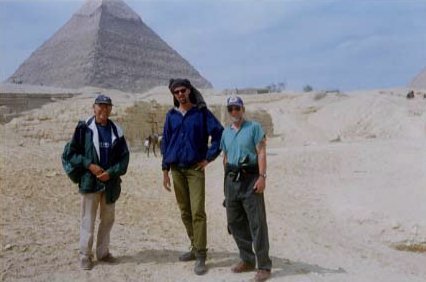 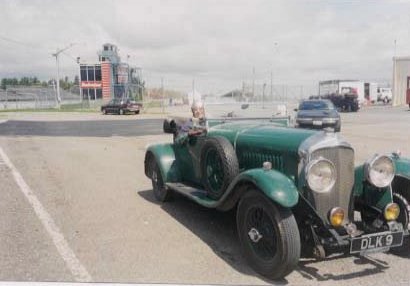 Only the size of their toys distinguishes the men from the boys. A complete break from the ocean cruising-the 4 1/2 liter at Watkins Glen racetrack during the 1997 Vintage Bentley Rally 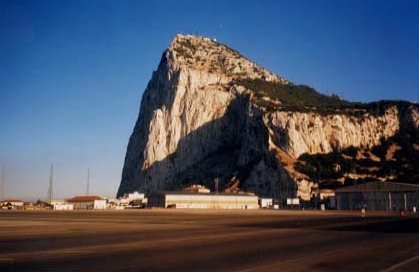 A view of the Rock, taken from the runway