MARCH 4, 2015
I am now ensconced at a fairly dingy hotel near Paddington, in London. Weather is quite mild. Checked out two marinas today on the Thames as possible lay-over points for a Baltic cruise this summer. London is much noisier and dirtier than Kiel.

MARCH 6, 2015
Spent the day at Bletchley Park, a one-hour train ride from London. Bletchley was the center of British code-breaking in WWII. The museum and exhibits continue to improve, possibly due to the success of movies like Enigma and the recent The Imitation Game. The weather was sunny, with a high of 50F. My cold is not cured, but I am feeling a lot better.

MARCH 9, 2015
Unfortunately my FNN update have been delayed by the failure of my new Tablet, brought specifically for this trip. I developed a horrendous cold–bronchitis, Ebola?–whatever, towards the end of my stay in Kiel; it worsened in London. I have been spending my evenings in bed, rather than taking in a West End Show. I visiting a couple of marinas on the Thames, to look into the possibility of keeping Fiona in London next winter. I looked at the Turners in the National Gallery, seeing that I had viewed Mr Turner, a biopic just before I left NY. I spent a day at Bletchley Park, toured the Nautical Museum at Greenwhich, and spent half a day at the Imperial War museum. I returned to the north side using the foot-tunnel under the Thames. Time’s up on the rental computer, more later.

MARCH 12, 2015
I am now staying with my cousin in, Culcheth, near Manchester. I travel to Bolton tomorrow for the highlight of this European jaunt: the Uniformed Dinner at Bolton School. I will try to post a pic as soon as I get home to NY on Sunday.

MARCH 17, 2015
I am now back on Long Island, after a routine flight from London. But only temporarily: tomorrow, I leave for St Maarten (by air) to spend a couple of weeks aboard Kimberlite, with my friend Eric. I finished-off my European trip in Bolton, UK, where I grew-up. Bolton School had a solemn service to commemorate the hundredth anniversary of the death of the first former student in the Great War. This occurred on 13 March, 1915. In all, 81 former students or teachers were killed in the war; a ceramic poppy for each one was planted in a grassy bank on the school grounds. Afterwards, there was a dinner at which former and currently-serving members of the British armed forces were asked to wear their uniform. I squeezed into my 60-year-old RAF best dress. Amazingly it had been spared by the moths! 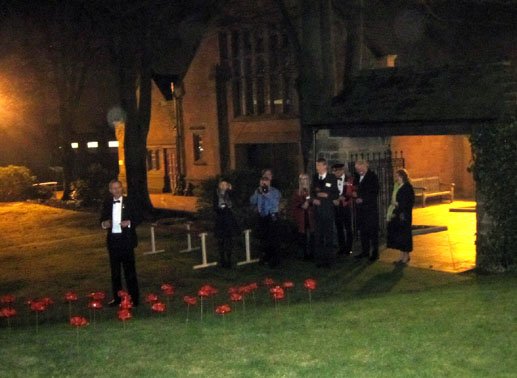 The Headmaster dedicates the field of poppies. 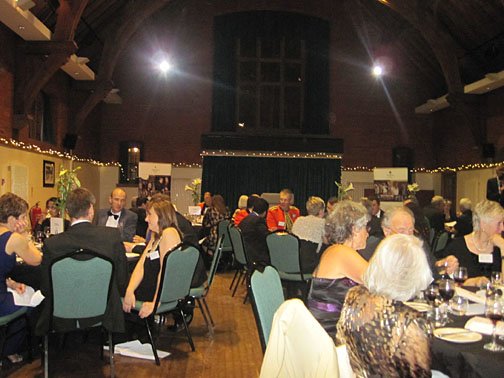 The scene at dinner: some army officers still wear a red coat. 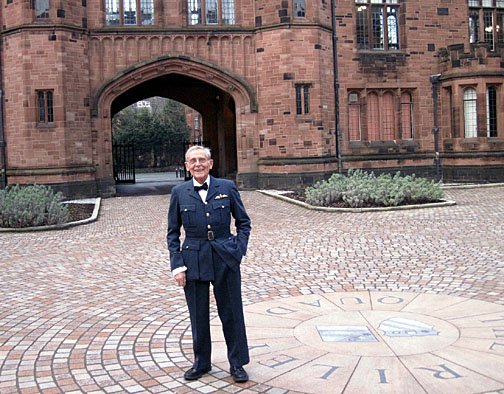 Eric in his 60-year-old RAF uniform, standing in front of the school entrance arch.

I have now been aboard Kimberlite for six days. We are tied-up at Simpson Bay Marina on the Dutch side of St. Martin. We found the boat wasn’t quite ready for sailing when we arrived. We have been bending sails, fixing the outboard engine, cleaning the dinghy, etc–typical of the dozens of jobs that always need doing on a boat. We hope to sail to the French side in a day or two. My old friend, Kay Pope, came over for a visit; she has lived in Marigot for many years. She brought me a copy of a book she published recently, Cabo Trafalgar In The Moonlight. It is a bio of her life with Dudley Pope, a well-known naval historian and novelist. Edith and I first met them when we lived in the Caribbean in the 1960s, aboard Iona. How time flies!