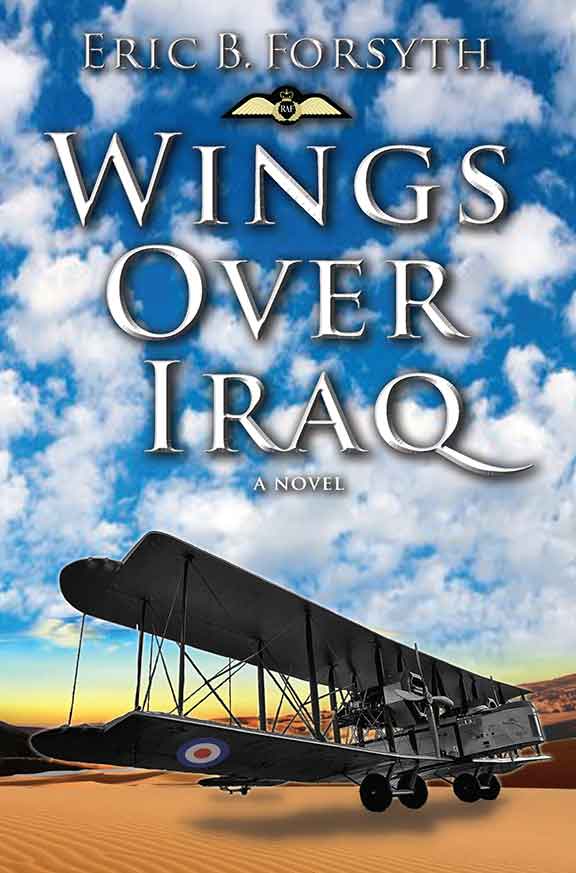 Get the print or e-book version

by Eric B. Forsyth

This is Iraq in the turbulent 1920s—a cauldron of intrigue, violence and death in a new country created from disparate parts of the old Ottoman Empire after WWI. The British are attempting to establish a puppet monarchy and protect the vital flow of oil using obsolete bombers. Lawless, rebellious Arab tribes roam the vast deserts, preying on anything that moves on the ground or in the air.

Allan Chadwick is a slightly gauche, newly qualified RAF pilot posted to a bomber squadron near Baghdad. He is soon initiated into the brutality of war and the pleasures of romantic liaisons. Although they rarely meet, he has an accidental but profound influence on the life of Dr. Kurt Scharf, a respectable professor of archaeology. Scharf is a reluctant partner of German military intelligence, which funds his dig at Ur as a front for anti-British espionage.

Their stories play out against the historical background of Middle Eastern conflict, the rise of fascism in Europe and the slow build-up to another world war.

“Forsyth’s imagination takes us from the desert upward to the sky. He gets the flying details right. With authenticity and historic detail, he launches us into the beginnings of the modern Middle East and the build-up to WWII.” – Captain Russ Roberts, Delta Air Lines, Ret. 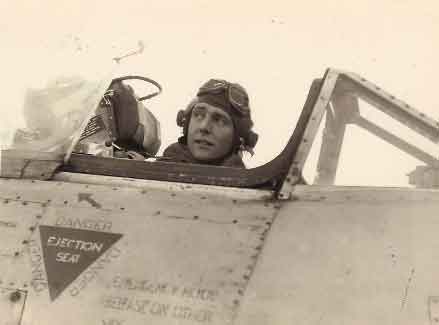 Eric B. Forsyth was born in England and served as an RAF fighter pilot. After Britain reduced her armed forces, he immigrated to Canada and obtained a commercial pilot’s license, rated for single and multi-engine land and sea planes. Unfortunately, good flying opportunities did not appear.

He enrolled in Toronto University Engineering Graduate School and was later hired to join the Scientific Staff of Brookhaven National Laboratory on Long Island, New York. He worked there for 35 years, eventually being appointed Chair of the Accelerator Development Department, which was responsible for the pre-construction planning and design of the Relativistic Heavy Ion Collider (RHIC), now the most powerful nuclear physics research tool in the United States.

Once established on Long Island, Eric enthusiastically took up sailing. His first sailboat was a 16-foot daysailer, but he soon advanced to ocean sailing. He currently sails a 42-foot cutter, Fiona, which he built himself from a bare fiberglass hull. His accomplishments with this boat, which include two circumnavigations of the globe and cruises to polar waters and through the Northwest Passage, resulted in the award of the prestigious Blue Water medal from the Cruising Club of America.

His sailing adventures are recounted in his book, An Inexplicable Attraction: My Fifty Years of Ocean Sailing which was included in Kirkus Review’s 100 Best Memoirs of 2018.